Why Are You REALLY Going to Burning Man? 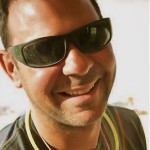 Every Tuesday, get your weekly dose of transformational nectar to prepare your wings to hum with freedom at the burn and beyond.  “Burn So Happy” is brought to you by Troy Dayton a.k.a “T. Dazzl” who is longtime burner, BurnerMap co-founder, and life counselor.

I didn’t know much about Burning Man before I went (2000), but from the little I heard and saw, it sparked a desire in me that led me to scrape up the money to go and drive across country, not knowing a soul other than my driving companion. 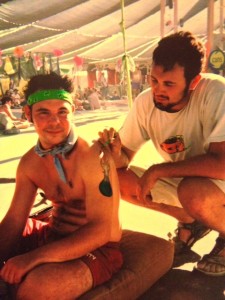 My fantasy of Burning Man spoke to a longing in me to roam free in a place where I could fly my “freak flag” without everyone looking at me like I was a freak.

I always felt like the world couldn’t really handle me.  Like I was too much.  Too Expressed.  Too sexual. Too colorful. Too effeminate. Too direct. Too playful. Too impulsive.

If I was too much for people at 60%, they certainly couldn’t handle me at 100%.  But I thought that maybe at Burning Man it would be OK for me to be 100% no-holds-barred ME.  I was curious what existed in the remaining 40% of me that never had the space to really be. 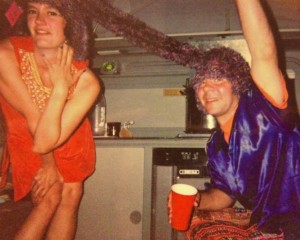 Sending thoughts to each other via sneed (2000)

There was a longing to be free from the tyranny of social convention…where every action or thought existed in some standard deviation from “normal.”  Where I was constantly bound by either convention or the defiance of it.  Where being an outlier was either frowned upon or heralded (either way, leading to more feelings of isolation).

Great news!  My fantasy largely came true.   It was great to become a citizen of a community where full self-expression got the right of way.  I found a place where my “too muchness” was just enough.

It turned out that being authentically self-expressed was not a switch I could just turn on after one year at the burn, but rather a lifelong dance with social norms and self-doubt. But the people I experienced at Burning Man gave me glimpses of what was possible for myself and others. It gave me a North Star for self expression. 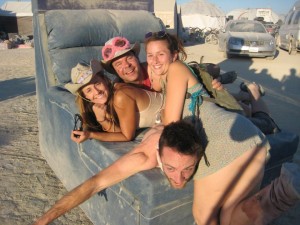 Being ridiculous with friends on drivable recliner (2011)

What is calling you to Burning Man?   (particularly for first timers, but also a relevant question for veterans)

I’ve asked this question to many people.  Most say something like one of the following…at least, at first:

I invite you to peak underneath those surface reasons.  What deeper longing calls you to Burning Man?
(The most compelling responses might be invited to guest blog on BurnerMap Blog.)