Known in the advertising and default world as a ‘sponsor’ AAHAA will be making a $10 million dollar donation to the non-profit Burning Man Project.  AAHAA says its mission is to make alpine hats the number one choice in hats by 2013.

Citing security concerns, an unnamed media representative for Burning Man  addressed the media during a conference call announcing the decision.

“We know this will be controversial with Burners,” said the media rep.  through the fuzz of voice masking software before hanging up.

A press release sent out minutes later claims the $10 million dollar sponsorship deal will be used for some great causes.

“We at American Alpine Hat Association of America (AAHAA) have been looking to expand our market share of scalps for some time.  After a dozen focus groups and intensive market research we found alpine hats were most closely related to two groups: 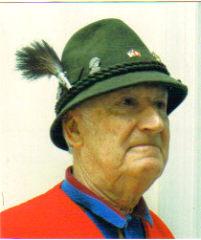 While the American public holds serious negative associations with both groups we decided to embrace the future.  And that future is dubstup and Burning Man.”

In exchange for the $10 million dollars AAHAA will get: